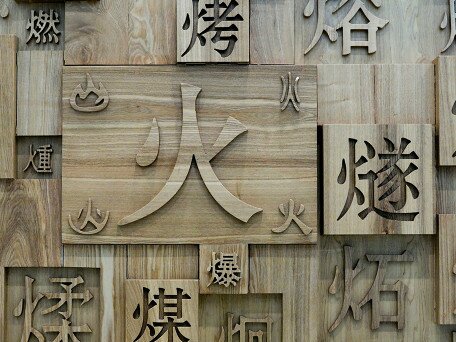 Learning Chinese characters is immensely hard (Moser, 1991). Existing research on teaching characters are however mostly based on anecdotal evidence (Lam, 2011). More rigorous interventional studies that examine the taken-for-granted practice of teachers are lacking.

This project is about how learning can be enhanced in the context of teaching characters. The specific purpose of the project is to ascertain more effective way to foster children’s awareness of the function of components in characters, which is to become aware of the functions components of characters can play in signifying the meanings of the characters. For example, a three-dot component (meaning ‘water’) on the left-hand side of the character 浪 ‘wave’ signifies the relation of its meaning to ‘water’. Plenty of evidence from psychological studies indicates that children’s awareness of such functions of components is of crucial importance to their future learning of other novel characters (Chan & Nunes, 1998; Ho, Ng, & Ng, 2003; Shu & Anderson, 1997).

In practice, from my experience, almost all teachers teach the function of a three-dot component by giving several examples of characters having this component and related meanings; for example, 浪 ‘wave’ and 湯 ‘soup’ (In this project, this common, but unexamined, practice is called Induction condition). However, this is contradictory to the conjecture of variation theory, which is one of the contemporary theories of learning currently gaining wide popularity in educational research. Variation theory posits that, ‘We cannot discern quality X without simultaneously experiencing a mutually exclusive quality ~X (Marton & Pang, 2006, p. 199).’ Applying this argues that in order for children to discern the function of the three-dot component, they must experience variations in characters with and without a three-dot component and being related and unrelated to ‘water’; for example, 浪 ‘wave’ and 狼 ‘wolf’ (called Contrast condition).

This project puts the above conjecture of variation theory to the test. Experimental design is adopted with about 150 (K3) children, recruited from three mainstream kindergartens, randomly assigned to three instructional conditions: Induction, Contrast, and Control. In classrooms, the same set of 16 characters are taught in different order in the three conditions. Pre-, immediate post-, and delayed post-tests are administered before, right after, and also three weeks following the teaching.

The expected benefit of this interventional study is its intended contribution to the theoretical development of variation theory. Moreover, the results also inform the everyday practice of teaching in schools.

Engaging the victimizer, victim and bystander with the aim of reducing bullying among young children- “ECE Peace Ambassador Project”.

From Excellence to Impact: A Comparative Study of Research Assessment in Hong Kong and the United Kingdom