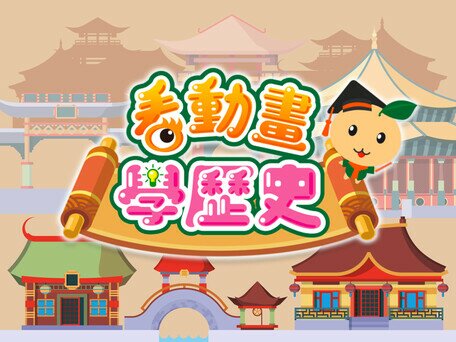 Following the launch of the Animated Chinese History for Curious Minds Project in 2018, The Education University of Hong Kong (EdUHK) presents a new animated series, comprising another 10 historical figures, as part of the Project. Shortlisted by the Education Bureau as learning and teaching resources and reference materials, the first Chinese History Animated series has received an overwhelming response with over 7 million views so far.

Fully supported by Modern Educational Research Society, Ltd. and Commercial Radio Hong Kong (CRHK), the Project aims to enhance students’ interest in learning about Chinese history and culture, and to develop their moral character by referring to great people in Chinese history. Among the voice actors who participated in the Project was CRHK’s Chief Advisor Mr Stephen Chan Chi-wan. The Project has been made possible with a generous donation from the Ning Po Residents Association for the first series, and from Dr Li Dak-sum and the Wofoo Foundation for the second series.

Each video is about seven minutes long. The new series features historical figures from different eras and social strata, including Zhuang Zi, Taoist philosopher from the Warring States Period; Sima Qian, author of Records of the Grand Historian, and Cai Lun, papermaking expert, both from the Han dynasty; the devoted Zhuge Liang, from the Three Kingdoms period; Zu Chongzhi, a mathematician from the Northern and Southern dynasties; Tang emperor “Khan of Heaven” Li Shimin; explorer Zheng He, who led seven voyages and politician Xu Guangqi, who introduced Western knowledge, both from the Ming dynasty; Qing court official Lin Zexu, a national hero, famous for destroying opium; and Bing Xin, the first female historical figure to be featured in the series, who was a writer and advocate of “the philosophy of love”.

The Project team comprises expert scholars in Chinese history, culture and literature at EdUHK, including Professor Si Chung-mou of the Department of Chinese Language Studies, and Associate Professor Dr Fung Chi-wang and Assistant Professor Dr David Kang Jong-hyuk of the Department of Literature and Cultural Studies. Through detailed, in-depth  research, the Project team made use of animations to present the life stories and positive attributes of these historical figures, as well as clarifying some concepts about the subject.

In addition to the Cantonese and Putonghua versions, an English version of the animations will be available before September 2021, along with detailed lesson plans and worksheets for teachers’ ease of reference. Inter-school quiz competitions will also be organised to encourage the use of these resources for the teaching and learning of Chinese history and culture.

All animations have been uploaded to the Project’s website (https://achist.mers.hk/chihistoryanime/) for schools and the public to use free of charge.