Dr AU, Chung To
(Department of Literature and Cultural Studies) 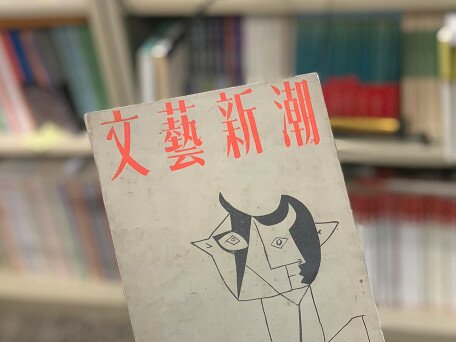 No consensus has been achieved on when literary modernism began in Hong Kong. Some critics trace the beginning of Hong Kong modernism to the 1950s, while others argue that its roots lie further back.

While it is difficult to determine beginning of Hong Kong modernism with precision, it is an indisputable fact that the publication of Wenyi Xinchao [Literary New Wave] in the 1950s by Ma Lang (a.k.a. Ma Boliang), who served as a poet-cum-editor of the magazine, was crucial for the later development of Hong Kong modernism.

The relationship between the magazine and modernism has been the focal point for much discussion since then. However, to what extent did the magazine devote to promoting modernism is controversial. For example, while Ma Lang claimed that the magazine was meant to advocate modernism in Hong Kong in the 1950s, a major and regular contributor to the magazine, Lee Wai-Ling, thought otherwise. In the seventh issue of the magazine, Lee remarks that whether the much-used term “modernism” should be considered a catch-all term is still a question that has yet to be answered. Despite the fact that no consensus has been reached about the relationship between the magazine and modernism, it is a common belief that the magazine has had a potent influence on the later development of Hong Kong modernism. Therefore, rather than following along with the current discussion, this proposed project will focus on the following question: What are the elements of modernism to be found in the magazine? Among previous studies it should be noted that only a few have actually investigated the characteristics of modernism. In addition, the recent development of Western modernist discourse has not been taken into account. This project aims to bridge this research gap by examining all fifteen issues of the magazine. Two distinctive features of Hong Kong modernism observed in the magazine will be discussed in detail.

This study argues that the transformative political stance of the magazine, from nationalism to localism over the years, and its localized Chinese lyrical tradition are in fact a progressive and future-oriented force in the development of Hong Kong modernism. Upon reconsidering the characteristics of modernism found in the magazine, this project will help conceptualize the distinctive features of early Hong Kong modernism.