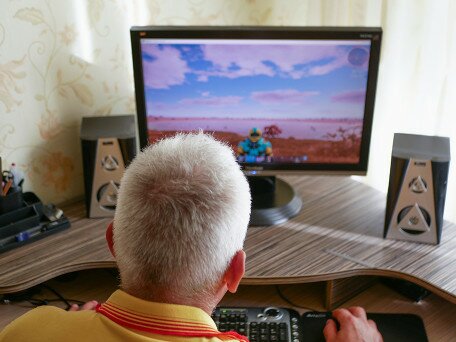 In Hong Kong , as elsewhere around the world, Esports is a fast-growing industry.

The Hong Kong Government in its Policy Address of 2017/18 described Esports as "a new sector with economic development potential" and announced that HK$100 million would be allocated to Cyberport to promote developments in the field. Concurrently, HK is facing the continuing challenges of an ageing population, with its population of older adults projected to reach 2.59 million in 2066. To tackle the issues arising from an ageing population amidst a proliferation of information and technologies, the HK Government is advocating the promotion of active ageing through gerontechnology (e.g., Esports).

Esports is a type of videogame contest played in an institutionalized competitive setting with competition for prizes. Research gaps have been identified in existing study reviews or meta-analyses of Esports (e.g., Cranmer, et al, 2021). They include

In 2018, the investigator of this proposal received a Public Policy Research (PPR) Fund for a project “A Study of Development of Esports in HK”, HK$ 652,975

To further examine the situation with older adults, the investigator of this proposal received another fund (Seed Funding Grant, EdUHK, HK$124867) to gain an in-depth understanding of Esports for middle-aged and older adults in HK.

In response to the rapid development of Esports, the heightening role of gerontechnology, including Esports promoting active ageing in the COVID pandemic, and the research gaps stated above, the present project aims to extend our aforementioned work, which is to

In this proposal, our prior qualitative study examining older adults’ perception of Esports acts as a “pre-study” to develop measurement instruments on the TPB constructs from older adults’ perspective. Structural equation modelling (SEM) and multiple-group SEM will be conducted to answer questions 1 and 2 as mentioned above, respectively.