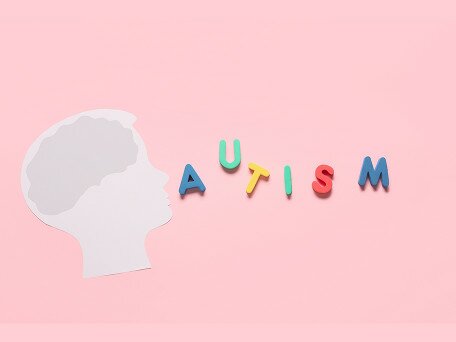 In autism spectrum disorder (ASD), which is characterized by social communication impairment and restricted and stereotyped behavior, an improved understanding of EF is essential for developing effective treatments for ASD individuals. While considerable evidence suggests that EF impairments are associated with ASD, the reported findings on the subject have been mixed. Several cross-sectional studies, including our pilot study, have linked older age with worse EF relative to age-expected levels in ASD. However, details about the exact neural mechanisms underlying this phenomenon are currently lacking, preventing the development of effective neurological rehabilitation as a means to improve EF development in ASD. The lateral frontoparietal network, comprising the dorsolateral prefrontal and inferior parietal cortices, has long been implicated in EF. This network undergoes continued functional development characterized by dissociable increases in local activation and long-range connectivity during EF tasks throughout childhood and adolescence.

This project is aimed to build on our pilot study’s results, examining whether reduced developmental improvements in frontoparietal function in ASD individuals compared to typically developing (TD) individuals underlie these individuals’ differences in developmental changes in EF. The findings will determine whether interventions targeting the frontoparietal network represent a promising approach to remediating the underdevelopment of EF in ASD individuals. We will recruit 90 ASD and 90 demographically matched TD individuals aged 8–17 years. Each will complete nine EF tasks, three each for shifting, inhibition, and updating. Functional near-infrared spectroscopy (fNIRS) will be used to measure frontoparietal activation and connectivity during some EF tasks.

This ASD project is novel in that we

Evaluating the Panentheistic Properties of Our Natural World