Why Does Learning to Ride a Bike Improve Executive Functions in Children with ASD? 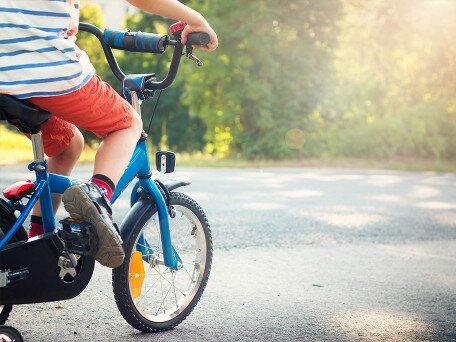 Executive functions (EF) are a set of high-level cognitive processes that allow us to plan, remember instructions, control attention and think flexibly.

Emerging insight reveals that autism spectrum disorder (ASD) not only impairs social interaction, communication skills, emotion and behavioral regulation, but also affects cognitive functions such as executive dysfunction. Although clinicians and researchers do not consider executive dysfunction a core feature of ASD, they are well aware of this cognitive deficit in ASD. The negative impact of executive dysfunction in childhood can be severe, as it may impair attentional deployment and focusing, organizing and planning, starting and completing tasks, and shifting focus from one task to another. Therefore, it is important to develop an effective intervention strategy that targets executive dysfunction in the population. One intervention strategy that has received a growing amount of attention is physical exercise.

Recently, we initiated an RCT study to understand how exercise influences cognition by comparing the cognitive impact of two cycling interventions (bicycle learning vs stationary cycling) in children with ASD. Results revealed that EF improved in only the bicycle-learning group but not the stationary cycling group or the control group. This finding is intriguing because it suggests processes associated with skill acquisition rather than the physiological changes induced by exercise are responsible for the beneficial effects of an exercise intervention on cognition in this population.

The findings of this proposed study can provide critical insight into the underlying mechanism by which physical exercise improves cognition in children with ASD, ultimately enhancing the design of effective interventions to improve cognition, motor performance, fitness, and functional independence in children with ASD.

From Excellence to Impact: A Comparative Study of Research Assessment in Hong Kong and the United Kingdom