Understanding the Relationship between Interlanguage Pragmatic Learning Strategies and Pragmatic Competence in Chinese as a Second/Foreign Language: A Cross-regional Comparison in Asian Contexts 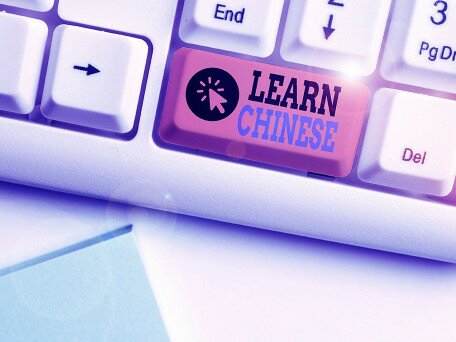 For a long time, the research on learning Chinese as a second or foreign language (CSL/CFL) has mainly focused on the formal aspects of Chinese competence such as grammar, vocabulary, pronunciation, characters, etc., while the pragmatics of Chinese, a dynamic aspect of language use, has received insufficient attention.

Pragmatics is concerned with how the speaker’s utterance is influenced in social interaction and how the speaker’s choice among linguistic forms may affect other interlocutors. Pragmatic errors may have more negative consequences than, for example, grammar or pronunciation errors, as the former could make the speaker sound abrupt or defensive by native speakers, hence leading to a failure in intercultural communication.

With Chinese becoming a language with worldwide growing influences for intercultural communication in the past decade, a rising issue of much concern for both CSL/CFL educators and researchers is how learner-related variables may affect the development of CSL/CFL learners’ pragmatic competence.

Echoing this research call, the project will approach CSL/CFL pragmatic learning from an under-explored perspective, i.e., the learners’ utilization of interlanguage pragmatic learning strategies (IPLS), which remains a little researched direction in the existing CSL/CFL literature. To obtain a broad picture regarding CSL/CFL pragmatic learning in Asian contexts, this project will recruit 180 (projected) adult learners of Chinese from Beijing, Hong Kong, and South Korea, three linguistically different regions representing a continuum of ‘all-Mandarin’, ‘CantoneseMandarin-mixed’, and ‘all-non-Chinese’ contexts for Chinese learning.

A longitudinal, crossregional comparative study will be conducted to investigate the relationship between CSL/CFL pragmatic competence and learners’ IPLS repertoires. Three instruments, including computerized pragmatic performance tests, an IPLS inventory questionnaire, and a semi-structured interview, will be administered to collect quantitative and qualitative data to examine the interactions between learners’ IPLS utilization, Chinese pragmatic development, and learning contexts.

The significance of the project is fourfold: Theoretically, it fills the research gap in CSL/CFL pragmatic development from a new perspective (i.e., IPLS) through adopting an interdisciplinary theoretical framework incorporating language learning and theoretical linguistics research. Empirically, it is among the first to conduct an Asia-wide cross-regional comparative study to investigate CSL/CFL learners’ IPLS repertoires using both quantitative and qualitative approaches. Methodologically, it advances research on CSL/CFL pragmatic learning by evaluating not only the learners’ accuracy but also their processing efficiency via real-time paradigms. Educationally, it can inform novel pedagogies in CSL/CFL pragmatic teaching/learning and generate recommendations for language teachers, school-stakeholders, and policy makers on how to cultivate socio-culturally competent communicators.

The Academy of Hong Kong Studies