A History of Representation of Mainlanders in Hong Kong TV Dramas 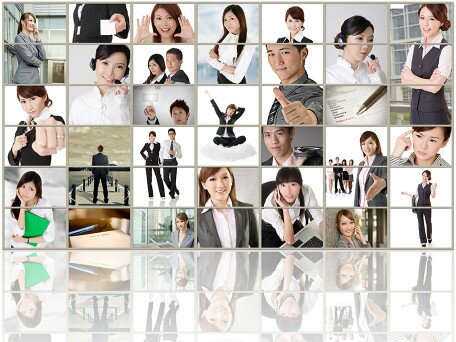 Representation is a key concept to cultural studies. Who can be on TV? Do they represent diversity or stereotypes? Why? What will be the consequences? These are questions of aesthetics and politics. This study aims to write a critical history of representation of Chinese mainlanders in Hong Kong TV dramas (HDs, hereafter).

From the lazy and imprisoned Ah Chian（阿燦, 《網中人》1979）, to the well-educated and conniving Tian Mi (田蜜, 《不懂撒嬌的女人》2017), mainlander images have become more and more complicated, contingent, and contradictory. This representation has a symbolic power that has contributed to the public imaginations and to practices of Mainland-Hong Kong relations, as well as the Hong Kong identity. Ma (1999) and Gunn (2006) have found a dualism in several pre-1997 HDs: barbarian/civilized, other/us, mainlander/HongKonger, which contributes to constructing a Hong Kong identity. They are illuminating because this dualism continues to appear in post-1997 HDs; but they have not criticized the dark side of it: discrimination and symbolic violence. Therefore, this study will try to fill this research gap by critically surveying representations of mainlanders from the 1960s to the present and situate such representations in the context of Hong Kong history. Scholars have produced historical monographs for TV drama in US (Stempel, 1996), UK (Cooke, 2003), Canada (Miller, 1987), and PRC (Zhong and Chen, 2010), etc; but there are only a few, if any, scholarly books focusing on the history of HD. The PI’s discipline is cultural studies, and the Co-I is a historian of Hong Kong. Together, we will collaborate on a media history research. Due to time constraints, this book will not offer a comprehensive history of HD; instead, we will produce a critical history of mainlander representation in HD. In particular, we will re-theorize the concepts of representation, stereotyping and racism, and focus primarily on ten selected HDs. Our methodology is systematic, consisting of archival studies of historical reports in newspapers, textual analysis, industry interviews, local and nonlocal audience interviews. Beyond academia, teachers and students of Liberal Studies, Chinese History and History in secondary schools, industry workers interviewed by us and their colleagues, citizens, netizens, especially those in Hong Kong and mainland China, may find this project useful. Since ours is a critical study, we do not aim to serve the culture industry and related government sectors.

Transition to Parenthood: Testing the Influence of Emotional Regulation on Responsive Parenting through a Moderated Mediation Model