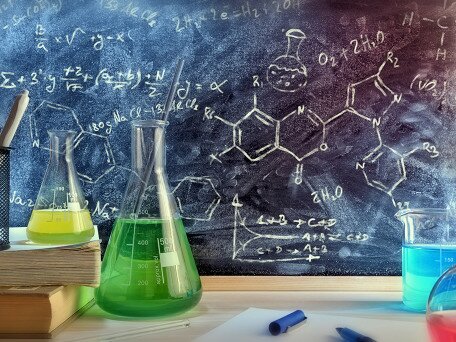 Our proposed studies concerns the design and development of noble-metal-free catalysts for photochemical production of H2O2 from O2.

Our industrial sector rely currently on unsustainable chemical processes, which are mediated by precious metal catalysts and energy-intensive, for the production of H2O2, a versatile oxidant and potential energy carrier used in fuel-cell technology. Thus, the development of efficient catalytic processes driven by renewable energy, such as sunlight or solar electricity, will highly valuable. On the other hand, the selective two-electron reduction of oxygen in aqueous medium is considered a promising alternative for producing H2O2. Our proposed studies concerns the design and development of noble-metal-free catalysts for photochemical production of H2O2 from O2. A series of 3d metal catalysts (Co, Cu and Fe) bearing macrocyclic and chelating π-acceptor ligands for selective two-electron (2e-/2H+) reduction of O2 to H2O2 will be prepared. Their catalytic activity will then be studied using electrochemical and chemical methods, such as cyclic voltammetry (CV), rotating ring-disc electrode voltammetry (RRDEV) and chemical kinetic studies, under systematically varied conditions in order to evaluate their intrinsic catalytic properties, e.g. selectivity, turnover frequency (TOF) and catalytic rate constant (kcat) and also to reveal the corresponding reaction mechanism. Photocatalytic reduction of O2 to H2O2 will be studied with selected catalysts under homogeneous aqueous conditions, by using organic or 3d-metal photosensitizers. Besides, photosensitizer-catalyst composites supported on conducting/semiconducting carbonaceous nanomaterials (e.g. graphene or graphitic nitride) will be designed and prepared. Their photocatalysis will also be studied under aqueous conditions. Finally, the above experimental investigations will be comforted with density function theory (DFT) calculations to uncover the reaction mechanism and key intermediates involved. On basis of the above works, the proposed studies shall shed light on the important considerations and mechanistic details in 3d-metal catalyzed reduction of O2 to H2O2 and in the corresponding photocatalysis, and will contribute in developing sustainable approaches for H2O2 generation.

Our preliminary studies shows that [Co(CR)Cl2]2+ (CR = 2,12-dimethyl-3,7,11,17-tetraazabicyclo[11.3.1]-heptadeca-1(17),2,11,13,15-pentaene) is an active catalyst for reducing O2 to H2O2. As demonstrated by the cyclic voltammograms collected under O2-saturated conditions, the complex catalyzes the reduction of O2 at positive potentials in mildly acidic aqueous buffer (0.18 V vs SCE) and in acidified acetonitrile (0.05 V vs SCE). Besides, H2O2 is catalytically produced at a turnover number (TON vs catalyst) of 30 in O2-saturated acidified acetonitrile by using [Co(CR)Cl2] 2+ as the catalyst and ferrocene (Fc) as the reductant. Under photocatalytic condition (> 420 nm), the complex also mediates the reduction of O2 to H2O2 (TON = 316 vs catalyst) in aqueous medium by using eosin Y as the organic photosensitizer and triethanolamine as the sacrificial reductant. Similar catalytic activity is also demonstrated in the CVs of the complexes [Cu(CR)] 2+ and [Co(H2bbbpy)] 2+ (H2bbbpy = 6,6-bis(benzimidazolyl)-2,2-bipyridine) which exhibit catalytic waves for O2 reduction (at – 0.23 and – 0.40 V vs SCE respectively) in O2-saturated acidified acetonitrile solution.