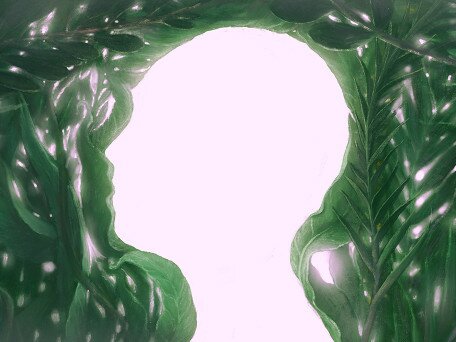 Solitude, defined as the absence of any social interaction, is believed to induce loneliness and decrease well-being. Yet, older adults experience greater positive and less negative affect, and less loneliness in solitude than do younger adults (e.g., Jiang, Fung, & Lay, under preparation; Lay et al., 2018).

Age-related differences in well-being in solitude have been explained by the age-related differences in selection and prioritization on emotionally meaningful goals (Carstensen, Fung, & Charles, 2003): Because older adults place more emphasis on emotionally meaningful goals, they may be more motivated and better able to regulate their emotion. Remarkably, few studies have empirically tested this argument in the context of solitude. Little is known how and when prioritizing emotionally meaningful goal buffers against negative consequences of solitude. Such understanding is critical, because experiencing more positive and less negative affect in solitude is positively associated with a wide range of positive outcomes, such as better overall well-being and fewer mental health problems (Chou et al., 2011, 2014; Jiang et al., 2019). Most of the existing studies have mainly investigated strategies that aim to reduce the frequency of solitude, such as to promote participation in social and physical activities (e.g., Jiang… Chou., 2020a, 2020b). Although these strategies are efficient, they do not directly address the question of how to promote wellbeing in solitude per se.

In a project funded by the Early Career Scheme (ECS), the PI have examined three classic emotionally meaningful goals that are more likely to be achieved in solitude than during social interaction as potential mechanisms to explain age differences in well-being in solitude. These mechanisms focus on the proposition that older adults report better well-being in solitude because solitude is particularly consistent with the emotionally meaningful goals that they prioritize. The mechanisms have been supported by the data collected. However, emotionally meaningful goals are reflected not only in an individual’s preferences for particular social situations but also in their selective social and cognitive processing in a given situation, such as motivation, memory, and thoughts (Sims et al., 2015). In their previous work, the PI, Co-Is, and others have proposed, and empirically identified several social and cognitive processing processes that are driven by emotionally meaningful goals and selected and prioritized as individuals age. More importantly, these processes may be facilitated to a greater extent in solitude than during social interaction. Compared with younger adults, older adults show lower affiliation motivation to peripheral social partners (Fung et al., 2008; Jiang et al., 2015). Older adults report a higher level of mindfulness, which involves awareness and acceptance, toward their internal and external environment (Prakash et al., 2017) than younger adults. Older adults are more likely to have nostalgic thoughts that help them to derive meaning from the past (Hepper et al., 2020). No published studies have examined whether age-related differences in well-being in solitude can be explained by age-related differences in the abovementioned selective processing in solitude. However, the results of our pilot studies support this proposition. Thus, in the proposed project, we will continue to clarify the mechanisms of age differences in well-being in solitude. In particular, we will examine the mechanisms from the perspective of understanding individuals’ selective social and cognitive processing in solitude situations. We will use an experience sampling method to capture natural episodes of solitude in everyday life (Study 1) and experimental methods to test causal relationships (Study 2 and Study 3). Together, these studies will (1) advance understanding of how and when older adults maintain better well-being in solitude; (2) increase awareness of how to improve mental health in solitude, a social environment that is largely neglected in the research area of psychology of aging, but may result in a low level of well-being; and (3) provide information on developing interventions.