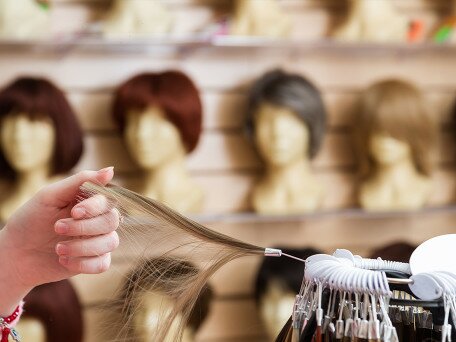 “Wig: The Global History of a Cold War Commodity, 1958-1979,” examines Asia’s “miraculous” economic growth under the US Cold War umbrella by tracing the “life” of a strange commodity: the human-hair and synthetic-fiber wig.

In the 1960s-70s, wigs became a key Cold War commodity in Asia: the #2 export in South Korea, employing over 40,000 people; the #4 export in Hong Kong, employing 30,000; and a state-supported industry in India and Singapore. By the 1970s, when 40% of US women wore wigs or hairpieces, the wig was a US$1 billion global industry, dominated by Asian wigmakers and Korean-American wig retailers. But while no one intended for wigs to fuel Asian industrialization and globalization, the rise of wigs was not an accident. The wig became a Cold War commodity in 1965, when the US extended its 1950 trade embargo against China to include communist “Asiatic” hair – cutting off China’s US$10 million hair trade to punish its escalation of the Vietnam War. This seemingly minor intervention had major consequences: by restricting trade in communist hair, the embargo devastated Hong Kong’s wig industry (which relied on Chinese hair) and jumpstarted South Korea’s industry (since the ROK harvested its own “anti-communist” hair). And as Asian wigmakers scrambled to find new, ideologically acceptable hair sources, they produced a complex map of the Cold War Asia-Pacific: hair was smuggled from China to Hong Kong through Indonesia, and flown from non-aligned India to US-allied South Korea. Wigs thus reveal how Asian export-led industrialization took shape under and beyond US Cold War influence. This project introduces global and interdisciplinary approaches to studying Cold War history. By examining how wigs moved, we understand Asian growth differently: seeing how Asia’s industrialization was shaped not only by Cold War politico-economics but also by ordinary people, from bureaucrats and factory workers to hair peddlers and wig-wearers. The project thus makes a methodological intervention in two growing fields of history, the history of capitalism and global history, by combining “top down” (diplomatic history, political history, economic history) and “bottom up” (social history, labor history, material culture) approaches, producing a thick, transnational approach to global history. “Wig” will yield a book proposal, conference presentations, a journal article, and a complete book draft. To create impact beyond academia, project findings will be used to produce multilingual global history teaching materials, which will be disseminated locally and through a web site for educators around the world.