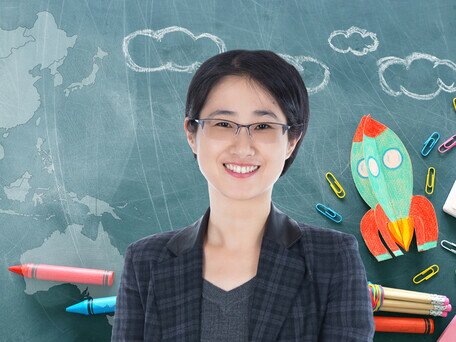 Dr Jin Sun and scholars in Hong Kong, US and Australia analyse data from 4,712 ethnic majority 3-to-5-year-olds in Cambodia, China, Mongolia and Vanuatu

Young children in East Asia and the Pacific who attend preschool show better cognitive, language and socio-emotional development than those who don’t, according to a study published in Early Childhood Research Quarterly.

The study’s findings highlight the importance of making early childhood education more accessible in the region.

Dr Jin Sun, Associate Head and Assistant Professor at the Department of Early Childhood Education of The Education University of Hong Kong, and scholars at The University of Hong Kong, Stanford University School of Medicine in the US, and Telethon Kids Institute in Australia analysed data from 4,712 ethnic majority 3-to-5-year-olds in Cambodia, China, Mongolia and Vanuatu. The researchers examined the effects of participation, intensity (hours per week), duration (months attended), and total dosage (total hours attended) of early childhood education on children’s cognitive, language and socio-emotional development. Cognitive development was measured by a child’s ability to count, add and subtract, know shapes, and in terms of their short-term memory and behavioural inhibition. Language was measured by children’s abilities to express themselves, write and draw. Socio-emotional development was measured according to a child’s social comprehension, etiquette and ability to recognise emotions.

“Our results indicate that early childhood education is beneficial for children’s early development, but many children in the region are unable to reap these rewards due to barriers to access,” says Sun. “More efforts are needed in East Asia and the Pacific to ensure all children have access to a quality early education.”

Similar studies have been conducted in typically high-income countries, where only 18% of children are born. The researchers wanted to develop a better understanding of the impacts of early childhood education in East Asia and the Pacific. According to UNESCO figures, only two-thirds of children received pre-primary education in the region in 2012.

The scientists recommend that further studies be conducted to assess the content and quality of early childhood education in the region.