Parental Problematic Use of Smartphones and Child Internalizing Symptoms and Externalizing Behaviors: Towards a Comprehensive Model 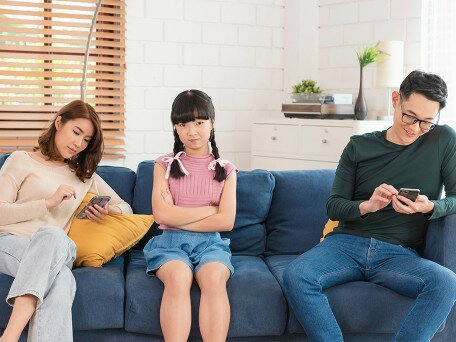 More and more people use their smartphones nonstop, finding it hard to refrain from using their mobile devices even in the middle of tasks or in the presence of others.

Research has been testing how such problematic use of smartphones may affect individual adjustment, but little work has been conducted on how parents’ problematic use of smartphones may affect the adjustment of their children. In the early years, two broadband indices that underlie child adjustment are internalizing symptoms (e.g., depression, anxiety, psychosomatic complaints) and externalizing behaviors (e.g., inattention, aggression, conduct problems).

The proposed study is important at both theoretical and practical levels. Theoretically, it will move the field forward by developing a comprehensive framework that illustrates how parents’ mobile technology use may affect their family relationships and the adjustment of their children. Practically, it will address whether parents should regulate their use of smartphones in the absence and presence of their children, and whether children’s own use of smartphones at times of distress does more harm than good to them in the early years.