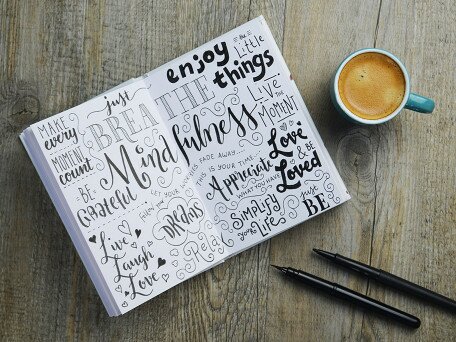 Many parents of children with autism spectrum disorder (ASD) are stigmatized and discriminated by the public, as they are thought to “cause” their children’s autistic symptoms by failing to provide effective parenting and being unable to discipline their children. In the face of constant external criticism, these parents are vulnerable to chronic stigma stress.

Despite the detrimental effects of stigma stress, no evidence-based intervention is currently available for reducing it among stigmatized parents. While methods to reduce stigma stress remain unexplored, there is growing evidence in the broader literature that mindfulness is a simple but very powerful technique for effective coping with stress. Indeed, the non-judgmental and non-attached attitudes associated with mindfulness may enable parents of children with ASD to reflect on their experienced discrimination without suffering prolonged stigma stress. Instead of engaging in self-blame and self-shame, mindful parents may practice self-acceptance and self-compassion, which reduce emotional distress and sympathetic hyperactivity. With milder affective reactions, they may also exhibit fewer reactive behaviors, such as parental harshness and marital conflict, toward their children and spouses.

Given the promising benefits of mindfulness, the proposed project will develop a new and novel mindfulness-based intervention (MBI) that targets stigma stress among parents of children with ASD. To evaluate the effectiveness and mechanisms of the MBI, we will conduct a randomized controlled trial with two arms (i.e., intervention and waitlist control groups) among 200 parents of children with ASD. Participants will be evaluated at baseline, immediately after intervention, and six months afterwards using multi-informant questionnaires and objective biomarkers. We expect that the MBI will reduce stigma stress (primary outcome) as well as depressive symptoms, sympathovagal imbalance, parental harshness, marital conflict, and child internalizing and externalizing problems (secondary outcomes). We also expect that the primary outcome will mediate the effects of the intervention on the secondary outcomes.

This project has high scientific and scholarly merits, given its conceptual novelty and practical significance. Conceptually, it will generate novel knowledge about whether and how MBI can reduce stigma stress and its associated adverse outcomes on mental and physical health, parenting and marriage, and child emotional and behavioral functioning. It will also make a major breakthrough in understanding the intrapersonal, interpersonal, and intergenerational benefits of MBI. Practically, our MBI, if successful, can be used as an efficacious approach to reduce stigma stress and its associated adverse outcomes. This intervention approach is simple (i.e., does not require any equipment), inexpensive (i.e., does not cost any money to practice upon learning), and easy to do (i.e., can be practiced anytime and anywhere). Equipped with these positive outcomes, we could promote the MBI to government and non-government organizations for making contributions to family support services and policies.

Reflection on the Rationales and Realities of International Student Exchange in the Era of Globalization: The Case of Hong Kong

Writing from the start: The writing readiness skills in early writing development for L1 and L2 Chinese speaking kindergarten children