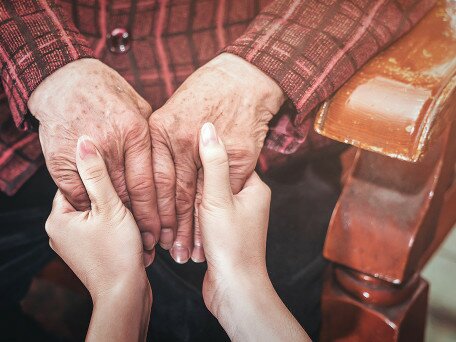 The proposed project aims to fill this gap by investigating solitude, the situation in which individuals do not have any social interaction, across the adult lifespan.

Aging is often considered to be an unhappy and lonely process. Indeed, because of the age-normative changes in physical mobility and a decrease in the number of social partners, older adults are three times more likely than younger adults to experience solitude (defined as the absence of any social interaction) in daily life (Long, Seburn, Averill, & More, 2003). To reduce loneliness in older adulthood, most of the studies focus on encouraging older adults to participate in more social activities. Yet, some older adults choose to be alone (Lay, Pauly, Graf, Mahmood, & Hoppmann, 2018), because they may be reluctant to interact with unfamiliar social partners. Remarkably, little is known about the factors that may determine whether people enjoy or endure solitude, despite the fact that experiencing more positive and less negative affect in solitude is positively associated with a wide range of positive outcomes, such as better overall well-being and fewer depressive symptoms (Jiang, Fung, Lay, Ashe, Maureen, & Hoppmann, in press). The proposed project aims to fill this gap by investigating solitude, the situation in which individuals do not have any social interaction, across the adult lifespan.

Older adults experience greater positive and less negative affect, and less loneliness in solitude than do younger adults (Lay et al., 2018). However, all of the studies with lifespan samples are based on correlational designs (survey and experience sampling methods). No study has obtained causal evidence on age differences in the link between everyday solitude and well-being using experimental designs. Thus, the better affective experience that older adults report in solitude may be caused by their being more familiar with the environment when they are alone. This alternative explanation may lead to misunderstanding of age differences in well-being in solitude. Without examining such environmental factors, we may expose older adults to unpleasant or even risky social environments by assuming that they enjoy being alone no matter where they are. To clarify age differences in well-being in solitude, the first aim of the proposed project is to replicate the previous findings on age differences in the relationship between solitude and well-being using an experimental design.

Age differences in the relationship between solitude and well-being have been explained by age-related prioritization on emotionally meaningful goals. Little is known how and when prioritizing emotionally meaningful goal buffers against negative consequences of solitude. In their previous work, the PI and collaborators has proposed, and empirically identified, several emotionally meaningful goals that are prioritized as individuals age. Compared with younger adults, older adults show an increasing preference for low arousal positive states (e.g., calm and relaxed) over high arousal positive states (e.g., excited and enthusiastic) (Jiang, Fung, Sims, Tsai, & Zhang, 2016). Older adults also place more emphasis on avoiding and de-escalating negative social interactions (e.g., Luong & Charles, 2014), and they prioritize emotionally close social partners over peripheral social partners (e.g., Jiang, Chan, Lu, & Fung, 2015). These goals seem consistent with the nature of solitude more than social interaction. However, no study has examined the role of emotionally meaningful goals as an underlying mechanism to explain age differences in wellbeing in solitude. The second aim of the project is to identify the underlying mechanisms that explain age differences in the relationship between solitude and well-being.