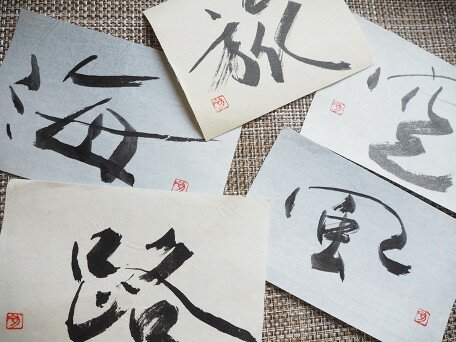 The current study aims to investigate the cognitive mechanisms underlying Chinese handwritten word production. Most Chinese characters consist of a semantic radical and a phonetic radical (e.g., 路 = 足+ 各), which often can be further decomposed into logographemes (e.g., 路 = 口+止 +夊 +口 ). The radicals provide a cue to the meaning (semantic radical) or pronunciation (phonetic radical) of the character, while logographemes are stroke patterns recurring in different characters independently. Understanding the roles of radicals and logographemes in Chinese handwritten word production is necessary to improve the teaching and learning of Chinese, especially for those who find learning Chinese highly challenging (e.g., people with dyslexia, second language learners). However, limited evidence is available regarding the cognitive mechanisms of radical processing and logographeme processing in planning Chinese handwriting. Hence, two experiments are proposed to address this fundamental issue. Also, the current study will systematically compare writers of traditional Chinese script and simplified Chinese script, as well as writers adopting orthography-based input methods (e.g., Cangjie) and phonology-based input methods (e.g., Pinyin) for typewriting; this is to examine whether a single model of handwritten word production is generalizable to different types of Chinese writers. Experiment 1 will adopt the form-preparation paradigm, which requires participants to write down target characters upon seeing prompts. Participants are expected to respond faster when all the target characters share a certain orthographic unit (relative to an unrelated condition), and this is called a form-preparation effect. The logographeme-preparation effect and the radical-preparation effect will be compared among different groups of participants. Experiment 2 will adopt the picture-word interference paradigm, which requires participants to write down the names of individually presented pictures while ignoring visually distracting characters. The picture name will share the same initial radical or the same initial logographeme with the distractor in the related conditions. By varying the stimulus onset asynchrony (SOA) between the picture and the distractor, the effects of their radical overlap and their logographeme overlap at different SOAs will reflect the time course of radical processing and logographeme processing in handwritten word production. In terms of theoretical contribution, the logographic nature of Chinese allows the current study to investigate what the word-form encoding process could be like when the relation between orthography and phonology is opaque. Potential factors that may influence handwritten word production will be explored. Moreover, the findings of the current study are expected to provide practical implications for Chinese literacy education (e.g., whether to teach logographemes or not) in different Chinese societies and serve as a reference for deficit identification among dyslexic people and second language learners.