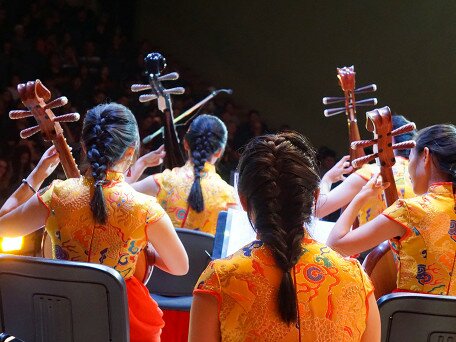 During a panel on comparative literature at the Association for Asian Studies in 1971, Chen Shih-hsiang said that the “Chinese literary tradition as a whole is a lyrical tradition,” offering another perspective for interpreting the tradition.

The Chinese lyrical tradition emphasizes expressing deep feelings (or embodying lyricism) in various art forms. Chen’s provocative pronouncement initiated debate within research communities in Greater China. Due to its unique historical background, Hong Kong’s lyrical works, which are different from those of mainland China and Taiwan, have not received the attention they deserve from academia. The PI (Principal Investigator) proposes that there is a corpus of fiction and films that emerged in the 1970s, flourished in the 1980s, and diminished in the late 1990s that helped establish a lyrical tradition in Hong Kong. The inspiration for these Hong Kong lyrical works comes from such traditional popular culture as Naamyam (a traditional Cantonese folk music performing art) and Cantonese opera, which was most popular among the influx of migrants from Canton Province to Hong Kong in the 1950s. These traditional popular cultures inherited lyrical elements, namely forms and themes, directly from classical Chinese literature, which became a collective memory for older generations in Hong Kong. The local consciousness of Hong Kong began to rise in the 1970s, followed by the Sino-British negotiations and the Handover in 1997, which triggered an identity issue. Hong Kongers have long suffered an identity crisis, partly due to the fact that colonial rule did little to nurture Hong Kongers to develop an identity. In response to this identity crisis, Hong Kong writers and film directors drew inspiration from Naamyam and Cantonese opera, an important part of Hong Kongers’ collective memory, and created a body of lyrical works. It is understood that collective memory can help construct an imagined home, thus provide the framework for an identity. This project aims to develop the concept of a Hong Kong lyrical tradition by systematically studying its major features through examining the two lyrical themes—lamenting unfulfilled love and struggling between love and politics—embedded in Hong Kong lyrical works created from the late 1970s to the 1990s. The PI suggests that the two lyrical themes identified in Naamyam and Cantonese opera are also embodied in the Hong Kong lyrical works, which enable Hong Kongers to connect to their ancestors across time and space, hence an imagined community and an identity is established.