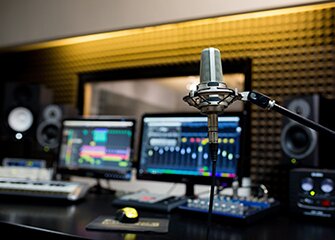 This study addresses the understanding of how music learning is connected to various media of sound recording in ways that impact what is taught and how it is taught, working within theoretical approaches from the field of sound studies.

At the turn of the twentieth-century technologies and media of sound recording entered music classrooms and became an integral part of music learning. What then existed was often called “the teaching of singing,” classrooms where students sung along to teacher- played the piano accompaniment. What emerged was “music appreciation”—as teachers used recordings to teach great works like literature, shared music from distant places, and a variety of other ways to teach about music. Building on work in the field of sound studies, the present proposal will provide a historical account of the creation and emergence of music appreciation as pedagogy built around media of sound recording from approximately 1900-1950. This study addresses the understanding of how music learning is connected to various media of sound recording in ways that impact what is taught and how it is taught, working within theoretical approaches from the field of sound studies (Pinch & Bijsterveld, 2012; Sterne, 2012a). Sound studies is a newly emerged interdisciplinary approach to the study of sound in human contexts, typically combining disciplines such as history, philosophy, and science and technology studies. In particular, this study characterizes media not only as the gadgets, but as larger mediated networks of recurring relations between people, practices, institutions, and technologies that come to be understood as a medium through recurrent patterns of usage. For instance, the actual medium of radio is a network that includes producers, artists, technicians, broadcast standards, advertisers, and so on. Because the radio medium involves these various aspects, media theorists note plasticity as the medium evolves, and especially as a medium first emerges, just as radio now includes satellite and various connections through the internet. This project has comprised of a set of case studies, each of which examines the ways that various media of sound recording were incorporated into the teaching and learning of music. Following previous research, particular attention will be paid to the emergence of specific pedagogic approaches that emerged in concert with media of sound recording. The cases will combine historical data, changing pedagogic practices, along with theoretical implications to establish the recurring patterns and interactions between people, practices, institutions and technologies as wants, needs, values and practices adapted to sound recordings. Cases will include changes to textbooks, the Music Memory competitions in the USA, and the NBC Music Appreciation Hour, along with the connections to the larger network of media and technology.