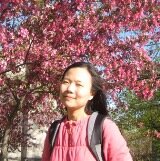 I received my doctoral degree in the Department of History at the University of Chicago.  My dissertation is on the production, dissemination and reception of Chinese Opera Film in Socialist Shanghai and Capitalist-Colonial Hong Kong between 1949 and 1966.

I got my BA in Philosophy at the Chinese University of Hong Kong and my M.Phil in the Division of Humanities at the Hong Kong University of Science and Technology with a thesis on Yangbanxi (model opera) and the politics of the Cultural Revolution.

Generally speaking, my research interests include the history of the People’s Republic of China, Hong Kong leftist community, theories of modernity, and Chinese cinema.

Theoretically, I have been interested in the intersection between culture and politics, the relationship between modernity and tradition, the formation and circulation of discourses, and the modalities of ideological flow between communist and capitalist/ colonial regions.

I am currently revising my dissertation into a book manuscript.  Articles entitled “Promoting the ‘Socialist Homeland’: Letters to Opera Fans and PRC Opera Troupes in British Colonial Hong Kong” and “Commercializing Revolution versus Aestheticizing Technology: Opera Film Discourse in Socialist China and Repacking PRC Opera Films in Colonial Hong Kong”  will be submitted to the Journal of Contemporary History and Modern China respectively.