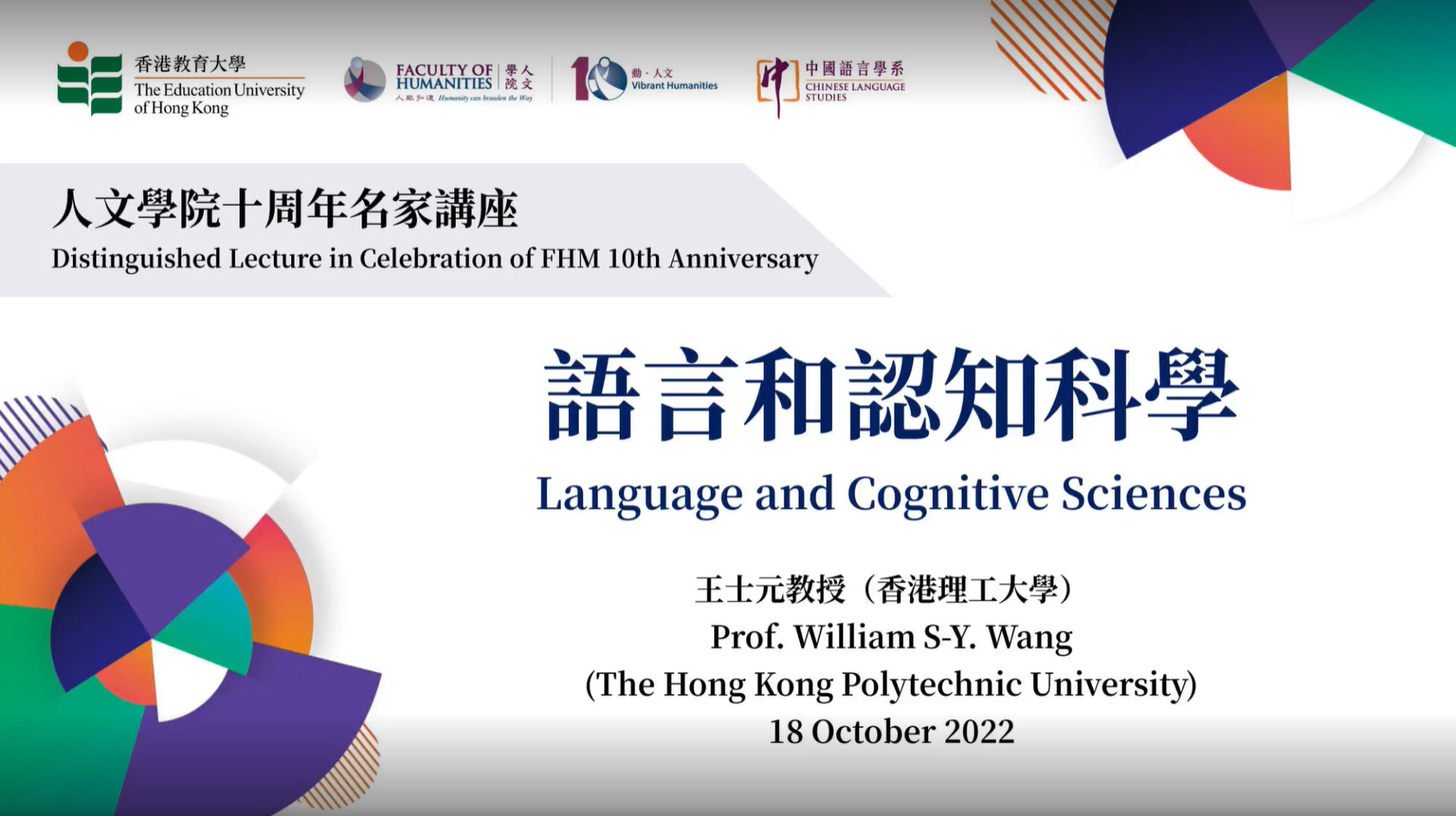 Language is a highly complex, adaptive system, made up of several interactive hierarchical components, each constantly changing through use. Early thinkers, such as Plato in Greece and Xunzi in China, recognized clearly that the basic building block of language is the word, which itself is a largely arbitrary pairing of form and sense. In the Han dynasty, Yang Xiong studied how words may differ from region to region, and Xu Shen compiled a comprehensive dictionary of the Chinese language based on its written form. Another breakthrough was achieved during the Ming-Qing period, when Chen Di (1540–1620) tried to reconstruct the spoken form of the Shijing poems, composed around 3,000 years before present. This achievement in China preceded similar advances made in the West by William Jones (1746–1794) in reconstructing the Indo-European family of languages by almost two centuries.

Interest in language as cognitive behavior began systematically when it broke down, beginning with the famous case presented to Paul Broca (1824–1880). It became increasingly clear that various linguistic abilities may be impaired selectively at different levels, depending on how the brain is damaged. Through research on a diversity of impairments across various languages and along various timelines, and with the tools that modern cognitive and neural sciences can now provide for experimentation, we now have a much clearer knowledge of not only what language is, but also the biological bases of how it came to be. With increasing new knowledge at hand, we are now in a better position to cope with the challenges of language in normal and pathological contexts.

Prof. William S-Y. Wang taught at the University of California at Berkeley for over 30 years. He founded the Journal of Chinese Linguistics in 1973 and served as its editor-in-chief until 2018. The awards and honors he has received include: 1978-1979 Guggenheim Foundation fellowship, Inaugural President of the International Association of Chinese Linguistics in 1992, Honorary Professor of Peking University in 2010, Lifetime Achievement Award in Anthropology from Shanghai Anthropological Society in 2017, Honorary Degree of Doctor of Humane Letters from University of Chicago in 2018. After relocation to Hong Kong in 1996, he worked as Research Professor at the Department of Electronic Engineering, Chinese University of Hong Kong. He is now Academician of Academia Sinica and Chair Professor in Language and Cognitive Sciences at the Department of Chinese and Bilingual Studies, Hong Kong Polytechnic University. 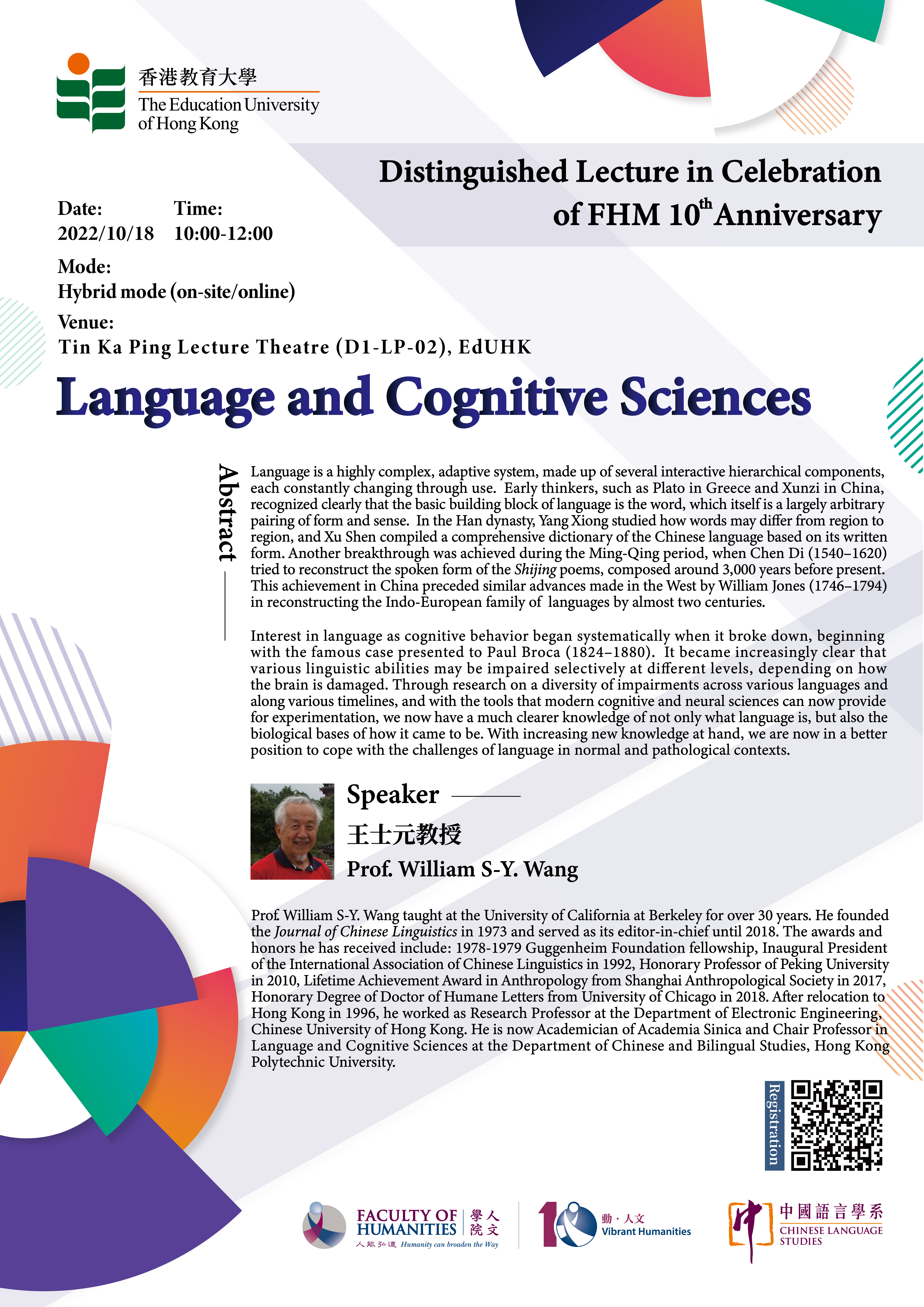 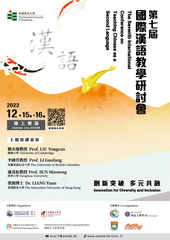 The Seventh International Conference on Teaching Chinese as a Second Language 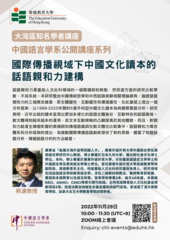 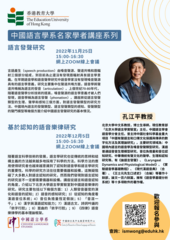