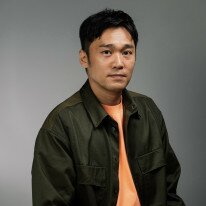 Tin Shui Wai On Screen
In recent years, Hong Kong cinema has been overwhelmed with pan-Asian co-productions (mainly with China), resulting in several epic and martial arts blockbusters. However, such film portray a landscape outside the city and the authentic image of the city has been somewhat neglected, if not entirely erased from onscreen depictions. In 2008 and 2009, three small-budger independent films were released. These films served to revive the importance of portraying Hong Kong itself through their depictions of the alternative cityscape of Tin Shui Wai, a dislocated locale from the city hub and a town (mis)located on the borders between China and Hong Kong. In Lawrence Lau's Besieged City, Ann Hui's The Way We Are (2008) and Night and Fog (2009), we find the recurrence of themes such as urban violence, moral degradation, the collapse of traditional family structures and the uneasy existence of dislocated individuals in an urbanized, marginal space. In City and Cinema, Barbara Mennel argues that studying film and cities allows us to analyze particular locales with the emphasis on the "operation of power and the struggle of power". This project therefore, aims to explore how characters in these three films are disempowered and struggle to exist, hoping to re-vision and revisit the notion of metropolitanism that has always been associated with commercial Hong Kong cinema.
Project Start Year : 2009

Silence and Cultural Hybridity: The Transnational and Pansexual Stardom of Jay Chow