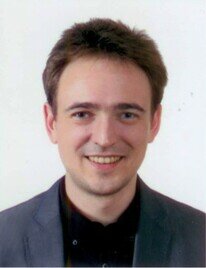 I am an Assistant Professor of history.

My research makes use of the history of education in order to address broader questions of global history. I have been trained as a historian of modern Europe at universities in Germany, Poland, France and Britain. Since then I have also acquired expertise in East Asian history. I have become particularly interested in historical entanglements between Europe and East Asia since the nineteenth century. My research has currently four different strands.

The first strand discusses the transnational circulation of educational knowledge during the second half of the nineteenth century. In particular, I examine how education developed into a key theme of the great international exhibitions from London (1851) to Brussels (1910). I show how world exhibitions served as platforms for transnational expert communication on education. This happened at a time when governments significantly expanded education in order to address a variety of societal issues – a process that has been termed the educationalisation of the world. With an empirical focus on France, Germany, Japan and the United States, I analyse three different transnational practices: processes of cultural transfers; nationalistic representations of educational achievements; and the common elaboration of international cooperation projects. This research evolves out of my doctoral dissertation submitted to the University of Portsmouth (UK) in 2010. I have published first results in several book chapters. I am currently revising and substantially expanding my manuscript for publication as a monograph.

The second strand of my research approaches late nineteenth and early twentieth century Korea in its East Asian and global context. My engagement with Korean history began as a postdoctoral fellow at the Research Institute of Comparative History and Culture at Hanyang University (2010-2011) and at Korea University (2011-2013), both in Seoul. On the one hand, my research on Korea discusses educational reform in open-ports and colonial Korea. I authored an influential article on “The Beginnings of Modern Education in Korea” and reflected on the question what “modern education” meant for radical enlightenment reformers. On the other hand, I became interested in and published on the European and American community in Korea at that time, highlighting its bourgeois and translocal character.

The third strand of my research discusses the history of Luxembourg in its European and global context. From 2013 to 2015 I was affiliated to the University of Luxembourg where I worked on a project on the social and cultural dimensions of the steel industry, the country’s key economic sector in the early twentieth century. The key dimension of this project dealt with industrial philanthropy in the field of public health, particularly in relation to tuberculosis. In an article in the Bulletin of the History of Medicine I explore how the Rockefeller Foundation impacted on the fight against tuberculosis in Luxembourg against the backdrop of the arrival of American philanthropy to Europe in the wake of WWI. An article in Social History of Medicine analyses how industrial elites imposed their philanthropic vision through the institutionalisation of visiting nursing. Furthermore, an article that appeared in the Zeitschrift für Unternehmensgeschichte discusses business relations between Luxembourg and East Asia in the interwar period. I also did research on how Luxembourgian education was represented at world exhibitions and on how the institutionalisation of technical education in Luxembourg was entangled with the surrounding countries.

The fourth strand of my research is an inquiry into the history of international schools in East Asia. I am planning to analyse how imperial diasporas in China, Korea and Japan organised the education of their own children from the mid-nineteenth to the mid-twentieth century. Foreign schools for “Western” children appeared in cities such as Shanghai, Tianjin, Harbin, Seoul and Yokohama since late nineteenth century. The project has a comparative dimension and will research a selection of Polish, German, French, British and American institutions. It will look at transimperial connections at the crossroads of the histories of migration and education. So far, I have published first conceptual considerations and empirical results in article on the Seoul Foreign School. A GRF grant and a fellowship of the German Historical Institute in Warsaw enabled me to carry out extensive research on the history of Polish schools in Harbin. In the medium term this research will result in my second monograph.