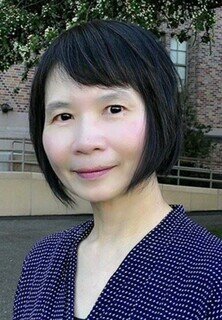 Professor Yu-yu Cheng, Academician of Academia Sinica, the Chair Professor of Chinese literature at National Taiwan University, is devoted to developing pioneering and interdisciplinary interpretations of Chinese classical literature by combining the Eastern and Western humanistic thoughts. She enjoys an international reputation for her contribution to the discourses of space, body, and Chinese lyrical tradition. Cheng has published numerous books, including "Literary Ch'i" in Six Dynasties Literary Theory, The Situation Aesthetics in Six Dynasties, Gender and Nation: Discourses of Encountering Sorrow in Han and Jin Rhapsodies, The Poet in Text and Landscape: Mutual Definition of Self and Landscape, Metaphor: Crossing Categorical Boundaries in Ancient Chinese Literature, and Gesture and Language: A New Approach to the Revolution of a Poetic Tradition, etc. She has also published dozens of papers on related topics in academic journals. She is the recipient of many awards and honors, including the Academic Award in Humanities and Arts of the ROC Ministry of Education, Outstanding Research Award of ROC National Science Council (currently Ministry of Science and Technology), the Hu Shih(胡適) Chair Award, and the NTU Outstanding Book Award. She has also conducted research or given lectures through the support of Fulbright Scholar Program, National Science Council, Chiang Ching-kuo Foundation, Harvard University, Princeton University, UCLA, and UIUC. Her teaching is also highly praised. She has been granted the Award for Teaching Excellence as well as several Outstanding Teaching Awards by the National Taiwan University. Cheng’s achievements in academic administration include Director-General of the Department of Humanity and Social Science, Ministry of Science and Technology, the convener of NSC Department of Chinese Literature, the executive member of NSC Center for Humanities Research, chairperson of the NTU Department of Chinese Literature, and Director of the Language Center of College of Liberal Arts.