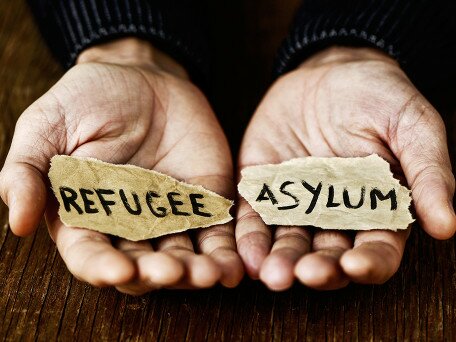 The project examines the relationship between the local community and the asylum-seekers and refugees in post-colonial Hong Kong, in particular how the local community receives and interacts with this marginalised group, a currently understudied topic.

The project examines the relationship between the local community and the asylum-seekers and refugees in post-colonial Hong Kong, in particular how the local community receives and interacts with this marginalised group, a currently understudied topic. With the backdrop of the negative news coverage in 2016 on the marginalised group and a polling that contradicts the media as over 60% of Hong Kong people are “neutral” towards the existence of the asylum-seekers and refugees, the reality in Hong Kong regarding this issue needs to be addressed. Drawing on relational ontology, I examine how the lives between the asylum-seekers and refugees and locals could relate to and affect each other’s lives throughout their life course. The crux of relation ontology is that everything is connected, dynamic and interactive. The framework shed light on the understanding of interplay among stakeholders, with relational ontology focuses on the lives as an ongoing process of the actors and how they influence each other, amidst social, structural and historical changes. A 1 ½ year ethnographic research in the ethnic cluster of rural Hong Kong and in-depth interviews and focus groups with 100 villagers who live with the asylum-seekers and refugees in the walled village and the 100 asylum-seekers who reside there., together with local human rights group, government officials and legislators will be conducted in this study. This research will provide invaluable insight on the practical policy and theoretical aspect of local’s interaction with the vulnerable group. On the practical level, understanding the lives of asylum-seekers and refugees and how local people interact with this group will advance the knowledge among the public to dispel misunderstandings about this marginalised group. On the theoretical level, adopting relational ontology in examining the locals and asylum-seekers opens a different level of application in a distinct spatial cluster. It allows the locals to be the core subject in the understanding of the refugees’ lives and they are linked together. The study also advances the knowledge on studying asylum-seekers and refugees in Hong Kong, a population as a result of the increasing connectedness due to globalization situated in a rural locale well-known for its exclusivity, a topic which is currently overlooked as studies on this group mostly focus on urban area. Being a female ethnographer studying male asylum-seekers from patriarchal communities could contribute to the understanding of positionality and power dynamics in ethnographic fieldwork.

Efficacy of amplification with hearing aids for tinnitus relief: a randomized controlled trial