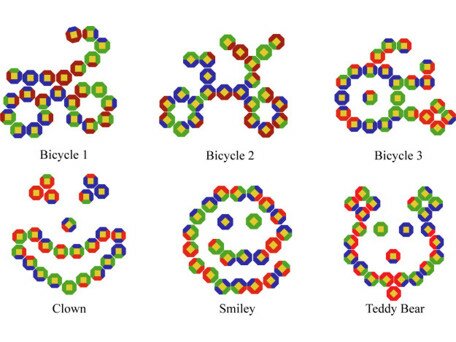 Creativity commonly refers to the ability to generate novel yet feasible ideas, solutions or insights. It is considered as one of the most complicated and important human quality. Creativity is often obvious in children but is more and more difficult to find when they are older. Adolescence is a crucial phase of human development and a window to enhance creativity. The focus of the proposed study is on adolescents. Most children today are exposed to video games on a daily basis. There is a growing interest in leveraging games to enhance students’ learning, motivation and creativity. A new imaginative game, called Doris, was recently reported and claimed to raise interest in the expression of creativity, build self-confidence, and enhance creative ways of thinking. The Doris tool is an award-winning board game with 24 physical pieces. A video game to implement Doris was initially proposed. The web-based version of the educational game was subsequently implemented. The implementation can free the players from the physical constraints of the board game and can play at anywhere with a basic computer connected to Internet. This new interactive environment allows the players to focus more on creative expression and innovative ways of thinking. The first objective of this proposed study is to examine the effects of the web-based video game implementing the Doris tool on enhancing creativity among Hong Kong adolescents. Recent studies suggest that praise can have a mixed effect on students. Specifically, praising a student’s inherent ability such as intelligence may teach them a fixed mindset or the belief that intelligence is not changeable. On the other hand, praising a student’s effort may encourage the growth mindset, which means that intelligence can be improved through practice and hard work. Students with a fixed and growth mindset respond to difficulties in learning differently. The second objective of the proposed study is to examine the effects of the growth mindset incentive in the game on creativity performance with the traditional reward format. To our knowledge, fostering a growth mindset incentive to enhance creativity in an educational game has not been researched before. The research can contribute to an innovative way of promoting growth mindset in creativity to adolescents through an educational game.