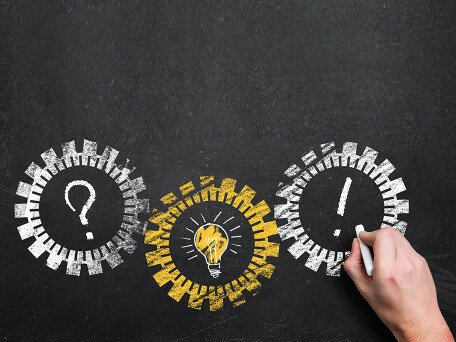 “The difficulty lies, not in the new ideas, but in escaping from the old ones” (Keynes, 1936) Fixation on prior knowledge has been shown to be a key factor that prevents innovation (Smith, 1995). Individuals, including experts, often show a tendency to apply their usual, but inappropriate, methods to find solutions for novel problems, resulting in suboptimal performance (Bilalić, McLeod, & Gobet, 2008). Identifying ways to combat such fixation is one route to enhancing creative problem-solving in many areas, e.g., learning, technical innovation and scientific discovery.

My recent studies have demonstrated that simply switching between different creative tasks can enhance task performance (Sio, Kotovsky, & Cagan, 2017, in press). One proposed mechanism of the effect of task-switching is that it prevents the build-up of fixation during problem-solving. Although plausible, this overcoming-fixation hypothesis remains unconfirmed. The studies supporting this hypothesis mainly examined the task-switching effect on problem-solving performance, i.e., accuracy and solution time. However, the enhanced performance in the task-switching group can also be due to factors other than the overcoming of fixation. Without examining the development of fixation in the presence and absence of task-switching, it is not possible to confirm its role in overcoming fixation. Moreover, these studies only used tasks that rely heavily on the knowledge-activation process, making it impossible to know whether the effect of task-switching generalises to other problem-solving situations.

To address these research gaps, this proposed project will assess the effect of taskswitching in various problem-solving situations, and collect both quantitative and qualitative measures of problem solving to clarify the role of task-switching in overcoming fixation. This proposed project will also identify ways to optimise the impact of task-switching. Based on the data collected, an adaptive system that can track in real time an individual’s problem-solving progress and initiate task-switching when fixation builds up will be implemented and tested. This proposed work has implications both theoretically and practically. Theoretically, it will allow the development of a framework that explains how the positive effect of taskswitching emerges. Practically, the findings will suggest ways to optimise the impact of taskswitching in the workplace, an increasingly common practice in both work and learning environments (Rosen, 2008; Czerwinski, Horvitz, & Wilhite, 2004) Finally, the findings will guide the creation of an adaptive system that has the potential to be applied to promote performance in many domains, considering the increasing use of human-computer interaction applications in schools and workplaces.