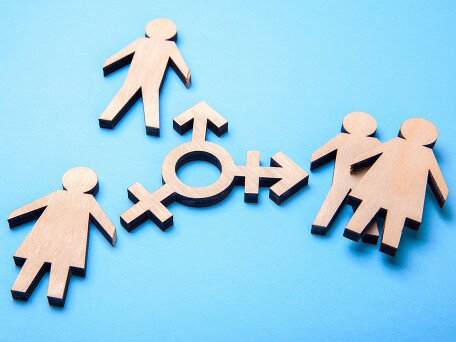 The project objectives are two-folded: 1) to develop an anti-transprejudice teacher training program, and 2) to examine the program effectiveness in improving awareness/attitudes, knowledge and expected professional behavior of teachers to support trans students.

The inclusion of “kwa-sing-bit” (跨性別)/gender minority/transgender/ transi students is considered a very challenging task in Hong Kong schools when it comes to the issue of social justice and achieving equal opportunities for minority students (Kwok, 2015; Kwok & Kwok, 2017). Transgender or trans, is an umbrella term for people whose “gender identity, gender expression, and/or behavior are different from that typically associated with the sex they were assigned at birth” (Tebbe & Moradi, 2016, p.520). Previous studies on gender and sexual minority students often focused on sexual minority students, such as lesbian, gay and bisexual students. Very few studies have exclusively examined trans students’ experiences, especially in the Hong Kong Chinese cultural context, where trans equality has been a heated debate in 2017, with the government releasing a consultation paper on gender recognition act, and prejudice towards this invisible population persists.

i The word “trans” will be used in this proposal that includes those who identify with binary gender (e.g. transmen, transboy, transwomen, transgirl) and/or nonbinary or fluid gender identities. (e.g genderqueer, gender-fluid, agender) (Tebbe & Moradi, 2016). Non-cisgender students who may not identify as LGBTQ are also included. An umbrella term “kwa-sing-bit” (跨性別) means “across sex/gender”. This term is believed to have been translated from the English word “transgender”.

The government aims to develop an inclusive society. However, discriminations and hostility against trans people in Hong Kong remains a significant issue. A qualitative study on sexual and gender minority students funded by the Equal Opportunities Commission revealed that school barriers at the individual and institutional level had impacts on the mental health and learning motivation of trans students who had traumatic experiences of “coming out” in school (Kwok, 2015). In another quantitative study, 35 percent of 856 public informants agreed that trans people’s legal status should not be granted, even after sex reassignment surgery. Over eleven percent of informants believed that a school should “exclude a transgender student” (Winter, Webster, & Cheung, 2008, p.673). On July 8, 2017, a young transwoman who had dropped out of study jumped to her death from a bridge at a railway station. It was reported she felt distressed about her inability to “fit into society” and “be herself authentically” (Lui & Poon, 2017, para. 4). A trans informant in a recent study said trans people “could not survive if there was no legislation against discrimination” (Equal Opportunities Commission, 2016, p.110). Winter (2009) conceptualises discrimination and hostility against trans people as transprejudice.

Among strategies to combat transprejudice to ensure a safe school environment, training programs for teachers is recognised as one of the effective means (Case & Meier, 2014; Dessel, Kulick, Wernick, & Sullivan, 2017; Greytak, Kosciw, & Boesen, 2013). We adopt a theoretical framework built upon Sue and Sue’s models (2013), with the following three training dimensions: knowledge, attitudes/awareness, and skills. In addition, informed by contact theory (Pettigrew and Tropp, 2006), training strategies that use education only or a combined education/contact approach will be modified by soliciting indigenous anti-transprejudice themes explored from Hong Kong trans and educators’ communities.

The project objectives are two-folded: 1) to develop an anti-transprejudice teacher training program, and 2) to examine the program effectiveness in improving awareness/attitudes, knowledge and expected professional behavior of teachers to support trans students. Both qualitative and quantitative methods will be employed to achieve the aims. Qualitatively, focus group interviews with teachers and trans people will be conducted to explore views on the transprejudice program contents and strategies. Quantitatively, the program’s effectiveness will be examined by conducting a randomised controlled trial that compares the combined education/contact approach with an education-only approach and a waitlist control. This study will discuss education practices that could challenge transprejudice and attain social justice and equal opportunity principles prescribed in an inclusive education policy.

The Academy of Hong Kong Studies