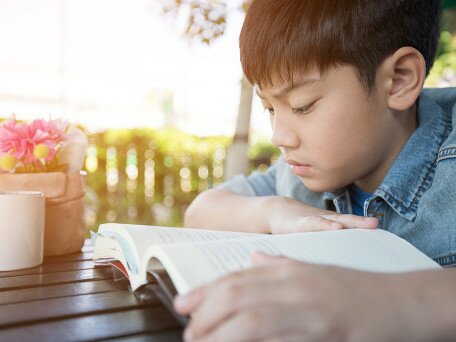 Given its importance, however, only a small amount of studies have looked into TC reading by native Cantonese speakers. This proposed project is a pioneering attempt aimed at investigating this issue from cross-cultural and developmental perspectives.

Reading is a complex cognitive process involving visual decoding and lexical access. Most of the current theories and computational models on eye movements in reading are based on findings from alphabetic languages. In recent years, however, much effort has been devoted to logographic scripts, given the fundamental differences in orthography, phonology, morphology, and semantics between these scripts. In this context, there are a large number of studies on lexical processing during horizontal reading of Simplified Chinese (SC) sentences based on Mandarin readers. However, there are varieties in both written and spoken Chinese, as well as in reading direction. For example, Traditional Chinese (TC) is widely used outside of Mainland China, mostly in Hong Kong and Taiwan. Also, besides Mandarin as the official spoken language in Mainland China and Taiwan, Cantonese (a.k.a, Yue subdivision of Chinese) is one of the most popular spoken varieties of Chinese, with over 80 million speakers, including people in Hong Kong and Chinese immigrants overseas. Given its importance, however, only a small amount of studies have looked into TC reading by native Cantonese speakers. Despite similarities, there are substantial differences between the two written Chinese scripts and the two spoken Chinese varieties. This proposed project is a pioneering attempt aimed at investigating this issue from cross-cultural and developmental perspectives. With the assistance of eye tracking technique, four studies (five experiments in total) are proposed to explore two aspects of reading, including perceptual processing and phonological processing. In Studies 1 and 2 (i.e., Experiments 1 & 2) we will test the influence of reading direction (i.e., horizontal vs. vertical), reading development (i.e., participants of different ages), and script type (i.e., SC vs. TC) on the size of the perceptual span during reading. In Studies 3 and 4 (i.e., Experiments 3, 4 & 5), we will explore cross-language phonological activation among Cantonese-Mandarin bilingual adults and children using homophone target words. From a theoretical perspective, the findings of these experiments allow us to estimate visual processing and reading ability during development, and provide a better understanding of oculomotor activities in vertical and horizontal directions. In addition, the current project will also add to our knowledge of cross-language activation during sentence reading, and how this effect is modulated by reading proficiency. On the practical side, the results will provide an important reference for education policy makers and language education teachers in Hong Kong.

Reflection on the Rationales and Realities of International Student Exchange in the Era of Globalization: The Case of Hong Kong